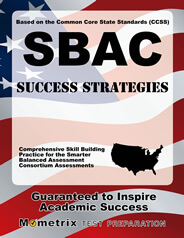 [Clara has begun her work of ministering to soldiers on the front lines of the civil war. Her tireless efforts and care have taken her to some of the most horrific battles of the war]

Clara Barton!—Only the men who lay wounded or dying on the battle-field knew the thrill and the comfort that the name carried. Again and again her life was in danger—once at Antietam, when stooping to give a drink of water to an injured boy, a bullet whizzed between them. It ended the life of the poor lad, but only tore a hole in Clara Barton’s sleeve. And so, again and again, it seemed as if a special Providence protected her from death or injury. At Fredericksburg, when the dead, starving and wounded lay frozen on the ground, and there was no effective organization for proper relief, with swift, silent efficiency Clara Barton moved among them, having the snow cleared away and under the banks finding famished, frozen figures which were once men. She rushed to have an old chimney torn down and built fire-blocks, over which she soon had kettles full of coffee and gruel steaming.

As she was bending over a wounded rebel, he whispered to her: “Lady, you have been kind to me … every street of the city is covered by our cannon. When your entire army has reached the other side of the Rappahannock, they will find Fredericksburg only a slaughter-pen. Not a regiment will escape. Do not go over, for you will go to certain death.”

She thanked him for the kindly warning and later told of the call that came to her to go across the river, and what happened. She says:

“At ten o’clock of the battle day when the rebel fire was hottest, the shells rolling down every street, and the bridge under the heavy cannonade, a courier dashed over, and, rushing up the steps of the house where I was, placed in my hand a crumpled, bloody piece of paper, a request from the lion-hearted old surgeon on the opposite shore, establishing his hospitals in the very jaws of death:

“The faces of the rough men working at my side, which eight weeks before had flushed with indignation at the thought of being controlled by a woman, grew ashy white as they guessed the nature of the summons, … and they begged me to send them, but save myself. I could only allow them to go with me if they chose, and in twenty minutes we were rocking across the swaying bridge, the water hissing with shot on either side.

“Over into that city of death, its roofs riddled by shell, its every church a crowded hospital, every street a battle-line, every hill a rampart, every rock a fortress, and every stone wall a blazing line of forts. 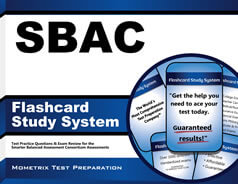 “Oh, what a day’s work was that! How those long lines of blue, rank on rank, charged over the open acres, up to the very mouths of those blazing guns, and how like grain before the sickle they fell and melted away.

“An officer stepped to my side to assist me over the débris at the end of the bridge. While our hands were raised in the act of stepping down, a piece of an exploding shell hissed through between us, just below our arms, carrying away a portion of both the skirts of his coat and my dress, rolling along the ground a few rods from us like a harmless pebble in the water. The next instant a solid shot thundered over our heads, a noble steed bounded in the air and with his gallant rider rolled in the dirt not thirty feet in the rear. Leaving the kind-hearted officer, I passed on alone to the hospital. In less than a half-hour he was brought to me—dead.”

She was passing along a street in the heart of the city when she had to step aside to let a regiment of infantry march by. At that moment General Patrick saw her, and, thinking she was a frightened resident of the city who had been left behind in the general exodus, leaned from his saddle and said, reassuringly:

“You are alone and in great danger, madam. Do you want protection?”

With a rare smile, Miss Barton said, as she looked at the ranks of soldiers, “Thank you, but I think I am the best-protected woman in the United States.”

20. What can be inferred from the fact that the men’s faces turned “white” in the underlined sentence?

21. Which of the following might be a good title for the above selection?

22. Why does the author mention the instances when Clara’s life had been in danger on the battlefield?

23. Which of the following best explains why the author referred to one of the soldiers as “the poor lad”?

1. A: The text indicates that the “rebel fire was hottest, the shells rolling down every street, and the bridge under the heavy cannonade” and “a courier… placed in my hand a crumpled, bloody piece of paper, a request from the lion-hearted old surgeon on the opposite shore, establishing his hospitals in the very jaws of death.” Both of these indicate that the soldiers knew that the situation was dangerous, no place for an unarmed lady.

2. A: The text mentions Clara being helpful during several battles. While she may have helped throughout the Civil War, it is not the topic here. Choice C focuses more on other nurses in the war, and Choice D doesn’t make sense because Clara was on the battlefield when the fighting was taking place.

3. C: The author mentions that men had been shot while Clara lived, demonstrating an interesting dichotomy of her life: the unarmed nurse who was protected on the battlefield, while the armed men did not seem to be.

4. B: While the other choices may have some truth to them, there is no evidence in the text that the soldier had little money (A). Options C and D give only partial answers.