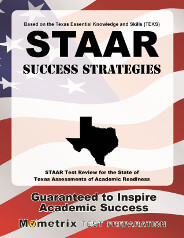 Questions 1 – 3 pertain to the following passage:

(1) In the early 1760s, Paul Revere, ran a busy metalworking shop. (2) People from all over Boston came to buy the silver and gold cups, medals, and cutlery he made. (3) Everything changed in 1765. (4) Many colonists ran low on money and stopped shopping at Paul’s shop.

(5) Things got worse when the british passed the Stamp Act. (6) The Stamp Act created a tax to help the British earn money. (7) Colonists like Paul Revere hated the Stamp Act because it would make things more expensive.

(8) Under the Stamp Act, colonists needed to pay for everything that was printed, such as newspapers, magazines, and business contracts. (9) After a colonist paid the tax, the tax collector put a stamp on the paper to show that the tax had been paid. (10) The Stamp Act made it very expensive for Paul to run his business. (11) For example, if he wanted a new apprentice for his silver shop, he needed to buy a Stamp for the signed contract.

(12) Paul wasn’t just angry about buying stamps. (13) He also felt that the British shouldn’t be allowed to tax the colonies. (14) There was no American colonists in the British parliament, which passed the tax. (15) Paul and the other colonists didn’t want taxation without representation. (16) They wanted to be able to choose their own taxes.

(17) The colonists refused to buy stamps. (18) They were determined to get the Stamp Act repealed.

(19) Paul joined a group called the Sons of Liberty. (20) They wore silver medals on their coats that said “Sons of Liberty.” (21) Paul may have helped make the medals in his silver shop.

(22) The Sons of Liberty staged demonstrations at the Liberty Tree, a huge elm tree, that stood in Boston. (23) Paul drew cartoons and wrote poems about liberty. (24) He published them in the local newspaper, The Boston Gazette.
(25) After a year of hard work fighting the Stamp Act Paul and the Sons of Liberty received the happy news. (26) The Stamp Act had been repealed!

(27) People celebrated all over Boston; they lit bonfires, set off fireworks, and decorated houses and ships with flags and streamers. (28) Paul attended the biggest celebration, which took place at the Liberty Tree. (29) The people hung 280 lanterns on the tree’s branches lighting up the night sky.

(30) Some members of the Sons of Liberty constructed a paper obelisk. (31) An obelisk is the same shape as the Washington Monument. (32) They decorated the obelisk with pictures and verses about the struggle to repeal the Stamp Act and hung it from the Liberty Tree.

(33) Paul may have helped construct the obelisk, even if he wasn’t involved in the direct construction, he probably knew about and supported it. (34) After the celebration, he made a copper engraving showing the pictures and verses on the obelisk’s four sides. (35) His engraving records the celebration under the Liberty Tree. (36) Even though Paul Revere may be better known for his silver work and famous ride, his engravings, like the engraving of the obelisk, help us see the American Revolution through his eyes.

1. What is the most effective way to combine sentences 17 and 18?

2. What is the most effective way to combine sentences 30 and 31?

3. What change should be made to sentence 29?

Questions 4 – 7 pertain to the following passage:

Pride and Prejudice
By Jane Austen

Which definition best matches the use of the word design in paragraphs 17 and 18?

7. From the reactions of Mrs. Bennet in paragraphs 55-58, the reader can conclude that…

Questions 8 -10 pertain to the following passage:

(6) When people are in high school, they are teenagers. (7) Being a teenager means that your at a time in life when you are exploring new things and learning about yourself. (8) Many teens also like to express themselves. (9) For example, some people I know keep a blog where they write about things that are important to them. (10) Other people play in a band and can express themselves through music. (11) A lot of teens express themselves through fashion. (12) Since many teens start earning their own money, they can buy their own clothes and choose the fashions that they want. (13) If Jackson High adopts a dress code the students won’t be able to express themselves. (14) Self expression is important and are often taught at Jackson High. (15) Ms. Riley, my dance teacher, tells me to express myself through dance. (16) Mr. Hunter, my English teacher, tells me to express myself through writing. (17) Taking away expression through fashion is hypocritical because it goes against what is taught in many classes.

(18) A dress code at Jackson High will never please everyone. (19) Who gets to decide what is appropriate and what is not? (20) What happens if the students disagree with the code? (21) In school, we learn about respecting different opinions and making compromises. (22) However, if Mrs. Conwer or just a couple of teacher’s choose the dress code, they will be ignoring the students. (23) Jackson High should stop ignoring the lessons that we learn in our classes every day.

(24) How can Jackson High make sure that students dress appropriately if it doesn’t have a dress code? (25) That’s what some teachers have said to me. (26) I think the answer is obvious. (27) Teach us, the students, how people are suppossed to dress in the real world when they have jobs. (28) Explain why certain choices might be inappropriate. (29) Than let us make our own decisions. (30) That’s what we learn in all our classes, and that’s how it should be for the dress code.

8. What change should be made to sentence 13?

9. What is the most effective way to rewrite sentence 2?

10. What transition should be added to the beginning of sentence 18? 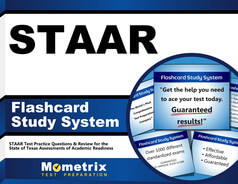 5. Answer: B
The correct answer choice is B, a goal, purpose, or intention. In paragraph 17, Mr. Bennet asks Mrs. Bennet if Mr. Bingley’s design, or plan, in moving to Netherfield Park is to marry one of the Bennets’ daughters. Design does not mean a treacherous plot because Mr. Bingley’s designs are not seen as dangerous. In fact, Mrs. Bennet uses design when she tells Mr. Bennet that she doesn’t think Mr. Bingley plans to marry one of their daughters but that she certainly hopes he will. While design often refers to a sketch or organization of a work of art, it is used here to indicate Mr. Bingley’s intentions.