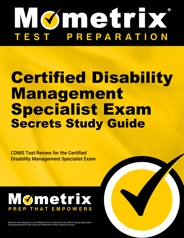 Prepare with our CDMS Study Guide and Practice Questions. Print or eBook. Guaranteed to raise your score. Get started today!

1. If an employee is found to have a disability he or she demonstrably had in an earlier job, which type of apportionment will be used with regard to workers compensation?

2. In which of the following situations would the Americans with Disabilities Act permit a business to deny employment to a disabled person?

3. Which filing system would be most appropriate for a workplace with a high risk of fire?

4. An employee complains to an evaluator that his supervisor is singling him out for criticism. The evaluator believes that this complaint is the result of the employee’s persecution bias, even though other employees have made similar comments about the supervisor. Which form of bias is the evaluator demonstrating?

5. Which of the following upper respiratory tract irritants is immediately dangerous to life and health at the lowest dosage? 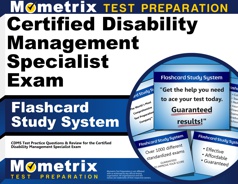 2. B: The Americans with Disabilities Act would permit a business to deny employment to a disabled person who posed a very low risk, but with severe consequences. The general rule for employing potentially dangerous people is that employers may decline to hire a person who poses a significant risk with a high probability of substantial harm. The courts have subsequently demonstrated that, in the calculation of risk, a balancing test may be used. In other words, a person may be denied employment if the risk is small, but the consequences of the risk would be severe. Likewise, a person may be denied employment if he or she imposes a severe risk, but with only minor or attendant consequences.

3. C: A filing cabinet system would be most appropriate for a workplace with a high risk of fire. Filing cabinets are widely available in fireproof versions, and generally are able to protect important records from environmental degradation. However, these cabinets can take up a great deal of space, and typically can only be opened one drawer at a time. A compressible filing system, on the other hand, is a manual or motorized system of parallel open-shelf files that move back and forth to create an opening. Compressible filing systems save a great deal of space, but are generate high maintenance costs. An open-shelf filing system is similar to a set of bookshelves: there is easy access to every file within the system, but all the records are open to environmental damage. A motorized revolving file system, finally, resembles a Ferris wheel. These systems are very space-efficient, but they are also precarious and must be kept organized in order to function properly.

5. D: Of the given upper respiratory tract irritants, HF is immediately dangerous to life and health at the lowest dosage. At a level of only 20 ppm, HF can cause permanent damage to the human organism. The permissible exposure level for this compound is 3 parts per million (ppm). The permissible exposure level is a time-weighted average that assumes an eight-hour day. SO2, HCl, and NH3 are immediately dangerous to life or health at levels of 100 ppm.