Getting a ham radio license can open up a whole new world of discovery, community, friendship, and public service. Amateur radio operators (also known as “hams”) can make friends in their local area, across America, and even all over the globe. 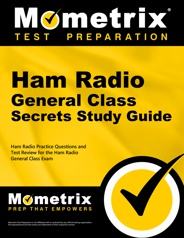 Prepare with our Ham Radio General License Study Guide and Practice Questions. Print or eBook. Guaranteed to raise your score. Get started today!

They can take part in contests with their fellow hams, meet each other in person, and even attend ham conventions with hundreds or even thousands of other ham radio enthusiasts. During natural disasters and other emergencies, ham operators can literally save lives, as they are often called upon to perform vital communication services when all others are inoperable. These are just a few of the reasons many ham radio operators think ham radio is one of the most fulfilling and rewarding hobbies a person can have.

In order to operate an amateur radio, you’ll need to get a license from the government. To get the license, you’ll need to pass a test in order to prove that you have the knowledge and skills necessary to use your radio equipment responsibly and safely. There are three different ham radio licenses available. (Until a few years ago there were six.) They are Technician, General, and Extra.

Technician is for beginners, General is for hams with intermediate skills and knowledge, and Extra is for the most advanced hams. On this page we’ll discuss the Ham Radio General Class license, and provide a practice test for you to use as you get ready to take the exam. Keep in mind that in order to be allowed to take the General license exam, you’ll first need to pass the Technician exam. 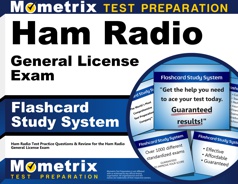 By the way, if you’re worried about having to learn Morse code, you can relax. While all aspiring hams used to have to demonstrate proficiency in sending and receiving Morse code before being granted a license, that requirement was dropped a while back. However, many people are under the impression that it was only dropped for the Technician license test. That’s incorrect – no matter what license you’re applying for, you won’t need to know anything about Morse code. So feel free to learn how to use it if you want to, but it’s certainly not necessary.

The General exam consists of 35 multiple-choice questions on all aspects of amateur radio. As of this writing, it’s a written exam only, not available in computer format. Passing it grants you license privileges for all VHF/UHF Amateur bands, along with most shortwave privileges (also known as HF privileges). A passing score on the General License exam is required before you can take the exam for the Extra License.