Most Americans are aware of the General Equivalency Diploma (GED) program, which provides people who weren’t able to complete their high school education a way of demonstrating that they have the knowledge and skills that an average high school graduate possesses. For decades, earning a GED was the only way for most people without a high school diploma to pursue higher education or qualify for many high-paying jobs. That is no longer the case, however, as CTB/McGraw-Hill has now come out with an alternative to the GED program, known as the Test Assessing Secondary Completion, or TASC. 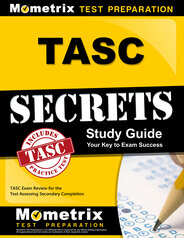 The state of New York was the first state in the US to replace the GED with the TASC, on January 2, 2014, but many other states are expected to follow their lead.

States are seeking an alternative to the GED because, after years of being operated as a non-profit program, it has now become a for-profit company, and its new higher fees are making it very expensive for states to pay for the exams, or for individuals to cover the costs on their own. For example, in New York, the current cost to take the new GED is $120, but TASC charge of $54 is less than half of that.

The exam covers multiple subjects, such as math, English, reading, social studies, science, etc., and it will take several hours to complete. Although it has not yet been officially announced, it’s very likely that there will be two cutoff scores on the TASC. 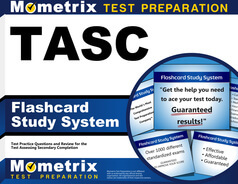 One will be the minimum score necessary to show that a person has a high school level proficiency. The other will be a higher score demonstrating that the test taker is qualified to do college level academic work. Taking numerous TASC practice tests is recommended for test day success.