The Common Core State Standards Initiative is an effort to ensure that all students in public schools in America acquire the skills and knowledge they need in order to be prepared to achieve success at college or in the workforce.

The federal government is not responsible for this initiative; it was developed at the state level by government leaders and education professionals who were concerned about the lack of national standards for the education of children. As of this writing, 45 states have voluntarily adopted the standards, along with three territories and the District of Columbia.

Before the initiative, each state set its own educational requirements, which led to a situation in which some states had much lower standards than others. Not only was this unfair to the students who were being held to the lower standards, it also made it very difficult for parents, colleges, and employers to gauge the value of a high school diploma, because requirements varied so greatly.

With one set of standards for all, everyone concerned is better able to judge how effectively a school is teaching its students.

Having a consistent standard across the United States is not a magic solution that will solve all the problems in our nation’s schools, but it will certainly play a key role in education reform, for several reasons. Having one standard will allow parents and students to know exactly what will be expected of students in order to earn a diploma. 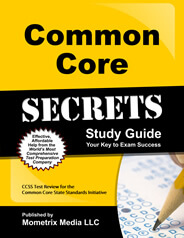 Prepare with our Common Core Study Guide and Practice Questions. Print or eBook. Guaranteed to raise your score. Get started today!

Teachers will also have a clear expectation of what’s required of them, and education programs at colleges and universities will be better able to train our nation’s future teachers. In addition, educational publishers will have benchmarks to guide them in developing textbooks and other educational materials. Testing will also be more effective with uniform, clear-cut standards across the board.

This does not mean that all schools in America will become carbon copies of each other. Common Core standards set specific goals, but it will be up to the administrators and teachers in each school to determine the best methods of achieving those goals.

They will have the flexibility and autonomy they need to give their students a great education, while having clear outcomes to aim for. The standards offer teachers and administrators guidance without taking over their classrooms and turning them into automatons.

The standards are divided into two main categories: Mathematics, and English Language Arts. Standards have been developed only for these two subjects, as they are the foundations upon which students will build to master all other subjects. In each category, there are detailed and objective standards provided for every level, from kindergarten to 12th grade. 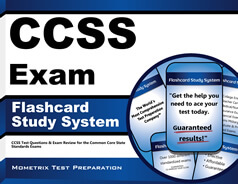 Students will be evaluated on a regular basis to measure their progress against the standards for their grade level, and whether or not they receive a high school diploma will depend in large part on their meeting these standards.

While teachers will play a key role in helping students gain the skills and knowledge required by these standards, it will be up to the student to actually pass the exams. To assist students who desire to excel and have the initiative to seek improvement and mastery of the standards on their own, we have provided Common Core practice questions and answers for self-testing purposes.

By taking advantage of these resources, students can determine their strengths and weaknesses, and pinpoint those areas where they may be falling short of the standards. They can also use the questions and answers as a direct means of improvement. Parents should encourage their children to make use of these resources, and monitor their results, as study after study has demonstrated conclusively that children whose parents take an active interest in their education almost always excel.