Beginning with the 2015 edition, the MCAT (Medical College Admission Test) has been extensively revised from previous versions, and is now a much different exam than aspiring med school students took in the past. The Association of American Medical Colleges (AAMC), which develops the test, implemented these major revisions to the exam in response to concerns and criticisms about the exam contents with regard to a changing healthcare landscape and rapidly shifting demographics in the US.

The MCAT has been revised several times in its history spanning over 80 years, of course, but the new version of the exam is the culmination of probably the most radical change to the test in well over half a century. Test takers will still need a solid foundation in the natural sciences to do well on the MCAT, but that alone will no longer suffice for a high score. 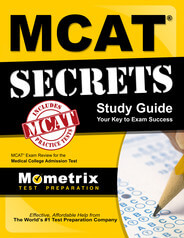 Prepare with our MCAT Study Guide and Practice Questions. Print or eBook. Guaranteed to raise your score. Get started today!

One of the biggest changes to the MCAT was the elimination of the Writing Sample section. Medical college administrators reported to the AAMC that the score on this section of the exam was the least useful in predicting which applicants would be successful in medical school, so it was removed entirely.

Another big change is a much stronger emphasis on biochemistry. In addition, there will no longer be any questions about technology or the natural sciences in the Critical Analysis and Reasoning Skills section. Instead, questions will focus on the humanities-based disciplines.

The biggest change of all on the revised MCAT is the addition of a completely new section called Psychological, Social and Biological Foundations of Behavior. This section was created and added to the exam in response to concerns from medical school administrators that the old test format wasn’t effective in determining which applicants are best equipped to understand and empathize with others, especially in the context of the rapid and massive demographic changes taking place in America.

The United States now needs doctors who have understanding and empathy for people from many different cultures and backgrounds, and this section is designed to gauge whether the test taker has solid foundations in the basics of sociology and psychology. These are considered to be necessary prerequisites for building the strong empathetic and multicultural skills needed in today’s medical fields. 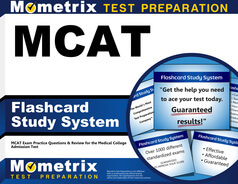 The first three sections each contain 59 questions and have a time limit of 95 minutes, while Critical Analysis and Reasoning Skills consists of 53 questions with a 90 minute time limit. While the exam is computer based (and no longer available in a pencil and paper version), it is not an adaptive test. That is, the questions don’t get harder or easier based on the test taker’s responses to previous questions.

The scoring scheme on the MCAT has also changed dramatically. Each of the four sections will have its own score, ranging from 118 to 132. The midpoint score will be 125. The four scores will be added together for a total score, ranging from 472 to 528, with the midpoint score being 500. However, the AAMC understands that scores aren’t exactly precise, but can vary for a lot of reasons – nervousness, illness, conditions in the testing room, etc.

So the MCAT Score Report will also include a Confidence Band of a range of scores, indicating that the test taker’s score probably isn’t exact, but almost certainly falls somewhere in this range. The range is very small; the example provided by AAMC shows an actual score of 125 having a Confidence Band of 124-126. Someone with a total score of 506 would have a Confidence Band of 504-508. The Score Report will also show percentiles, or the percentage of test takers with a lower score. The MCAT has always been a very difficult test to do well on, but it just got even harder. Proper preparation for the MCAT is now more important than ever.